Abedi Ayew, born 5 November 1964, known professionally as Abedi Pele, is the Ghanaian former footballer, who played as an attacking midfielder and who served as captain of the Ghana national team. He is regarded as one of the greatest African footballers of all-time. He played for several European clubs and found his fame in the French Ligue 1 with Lille and Marseille, the latter where he won the UEFA Champions League in 1993, among other titles. Abedi was born into a family in the town of Kibi and grew up in the town of Dome at the northern outskirts of the city Accra.

Former Ghana captain Abedi Pele has been appointed to help run football in the country in the wake of a corruption scandal that saw the government dissolve the sport’s governing body. Pele, a three-time African footballer of the year who played most of his club football in Europe, was named in a five-member interim committee to manage the sport.

Abedi Pele played for Ghana 73 times and is considered the greatest football player in his country’s history, and among the best in Africa. Until 7 June 2013, when he was surpassed by Asamoah Gyan, he was the top goalscorer for the Black Stars with 33 goals. He was a fixture in the African Championships of the 1980s and ’90s with his national team, and a member of Ghana’s victorious team in the 1982 African Cup of Nations, but he never had an opportunity to play in the FIFA World Cup, as the Black Stars failed to qualify for the competition during his career. However, he was arguably the most dominant figure on the African football scene for nearly a decade. His performance in the 1992 African Cup of Nations is often cited as one of the most outstanding football displays by any player in a single tournament. His native Ghana reached the finals of the Cup that year, only to lose on penalties in the final to the Ivory Coast after Abedi was suspended because of a yellow card he received in the semi-final against Nigeria. Prior to that, his three spectacular goals against Zambia, Congo and Nigeria proved crucial in putting Ghana through to their seventh appearance in a CAN final – and their first final in ten years. The performance earned him the added nickname of “The African Maradona”. His solo run goal against Congo in the quarter-finals is often compared to Maradona’s second goal against England in the 1986 World Cup. His backheader goal against Nigeria from the edge of the opponent’s penalty box also heralded international acclaim. 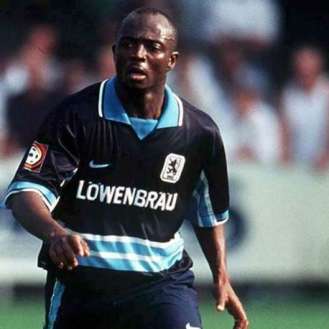 It was at the Stadio San Nicola in Bari, on 29 May 1991, that one of the most anti-climactic evenings in the history of football unfolded. It had been the most eagerly anticipated European Cup final for half a decade, yet it ultimately left a watching world feeling short-changed. Time tends to mask the nearly men of football. Just as with Saint-Étienne in the 1970s, there was a sense of a coronation unfulfilled for Olympique de Marseille in 1991. Their loss to Red Star Belgrade was the bitterest of pills to swallow.

It often goes unrecognised just how good Raymond Goethals’ Marseille side were. Tainted by their indelible association to the controversial figure of Bernard Tapie, the joy of their football and their position as the heir to AC Milan’s throne as the preeminent force in Europe is generally forgotten. When they were finally crowned European champions in 1993, it was with a heavily reconstructed side compared to the 1991 vintage. It was also a victory with a huge shadow cast over it. The Valenciennes match-fixing scandal would forever tarnish Marseille’s success. 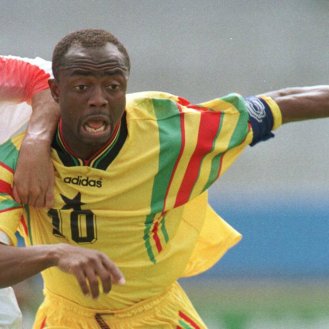